I was recently asked by Lee Hecht Harrison to speak to their executive search team in Orlando about my experiences as an LHH client and starting my own company. What follows is the speech I wrote; the speech I actually delivered was pretty close!

On June 10, 2015 I was fired. Well, OFFICIALLY, as a result of a downturn in business, some hard decisions had to be made and unfortunately my position was eliminated. While I certainly appreciated the kind way the news was delivered, I was still unexpectedly called to the GM's office and greeted there by an HR person from headquarters. I signed a pile of papers, turned in my badge, filled up a box with my personal belongings, said my goodbyes, and the door locked behind me on my way OUT. So let me start again...on June 10, 2015 I FELT like I got fired.

In the aftermath, I read a lot of "insightful" commentaries that the age of the company man, with lifetime employment for a single employer, is now over. I'm 45 years old and I can tell you that the company man has not existed in my work lifetime, not for my generation. I can still remember being shocked a decade ago hearing two of my employer's executives discussing bankruptcy as a financing tool, oblivious to the lives they would soon be disrupting. A year later, mine would be one of them. The Company Man isn't dead, he's a mummy, who's been rotting for decades while the work world evolved to something very different, where employees are expendable and the Government and industry can't even agree on how many hours constitute a work week.

I am not saying corporations are bad--quite the contrary. Corporations employ millions of people, and put them together in teams that create life-changing products. But you have to understand how their game works, because as long as you work for one, you play by their rules, and there is no instant replay to correct their botched calls, such as eliminating my position.

The good news is that while the way we work has evolved so has the way we don't. In the old days, you found a job by reading the want ads in the paper, mailing printed resumes, and walking door to door, filling out applications. Now we have job hunting communities, in effect an employment ecosystem, with members moving in and out of jobs, and relentlessly networking to help others and be helped.

One pleasant response to the changing nature of employment is the emergence of career transition services such as Lee Hecht Harrison. LHH exists primarily to assist the newly unemployed find new career opportunities. Notice I didn't say find new jobs, because they do so much more than that.

I have no hard feelings toward my past employers. My last one paid for membership with LHH, and their resources are what empowered me to take the bold leap into entrepreneurship. With my corporate mindset, I always thought starting businesses was for people who did not mind risk, that entrepreneurs marched to the beat of a different drum, and that since most startups fail within a year, they were serial losers as much as serial entrepreneurs.

But I learned that all sorts of people start companies, including people just like me. It wasn't that hard, but it did require planning and discipline. I am very proud to report that since launching on the last day of July, I have three clients under contract and my revenues already exceed $25,000.

And Orlando is a great place to start a business. NerdWallet recently analyzed US Census data and calculated that Florida is the seventh-most entrepreneurial state. But wait, there's more: a study by SmartAsset determined that Orlando has the fifth lowest startup costs among 81 of the largest cities in the U.S. That study is for a traditional small business with office space and employees; if you start a consulting practice out of your home, it costs practically nothing--I started my business for about two thousand dollars, and half of that went for a good computer and a laser printer. Beyond the statistics, I can tell you the entrepreneur community in Orlando is incredibly supportive and generous, and all of my revenues came from referrals.

Finally, there are many resources which are inexpensive or free--network after dark events, Orlando tech events, chamber of commerce events, SCORE (which is a mentoring service), and the Small Business Development Center, just to name a few. The University of Central Florida has a business incubator program which offers office space below market price plus many free benefits such as phone answering, mail collection and delivery, and free seminars. For example, just a few weeks ago they had the Navy in to discuss the Small Business Innovation Research acquisition process, which many small companies use to fund the development of their solutions.

So whether you are in transition, unhappy with your job or working for others, or simply at a point in your life where you are tired of feeling like you've been fired even when you weren't, consider doing what I did and start your own business. After all, if you're going to work 60 hours a week for someone, shouldn't it be you? 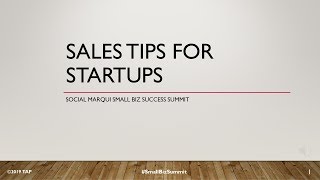 What Can I Do?

You’re Never Too Small to Protect Your Brand!

Proud to Serve our Industry on the Board of NCS!